What possibly happened with Montez Ford on WWE RAW 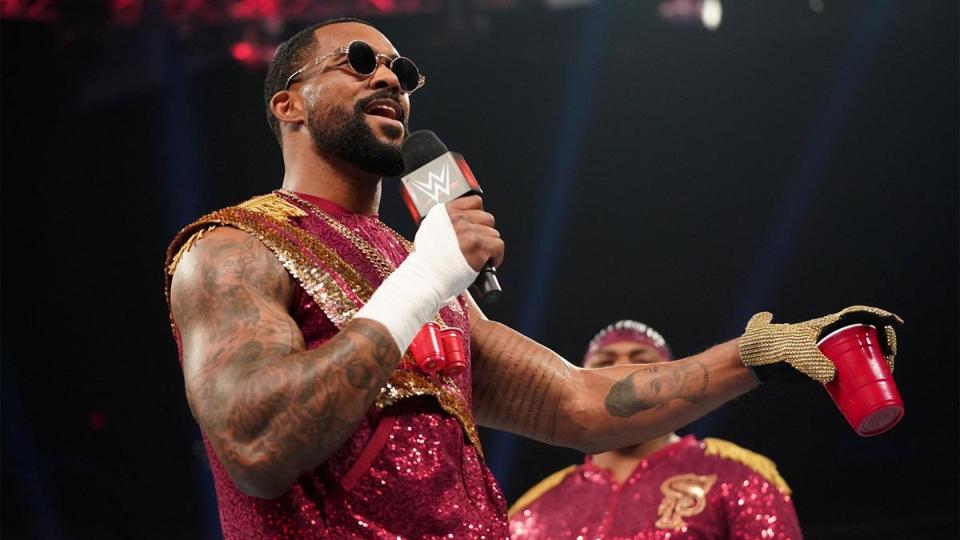 As seen on this week’s edition of WWE RAW, Montez Ford took a nasty-looking back bump to the floor after missing a dive. Fans have been wondering what happened since Austin Theory didn’t make an attempt to catch Ford nor move out of the way.

“Here’s what happened. Montez was making this big comeback and he hits the ropes and Seth tries to grab his foot but Montez just keeps running.”

“So as it turns out, apparently what happened was, when Montez hit the ropes, Seth was supposed to trip him, okay? Now granted, Seth was a little bit late but he wasn’t that late and he actually did get a hold of Montez’s foot. Now maybe Montez, as he started running, realized that [Seth] was too far away and in his mind thought ‘there’s no way that this guy is gonna get to me, I’ve just gotta keep running.’ But Seth is actually very athletic and fast and he did get to him. But one way or the other, Montez apparently had it in his mind that ‘I gotta do this dive, I didn’t get tripped.’ So he ran and he just did an unplanned flip dive over the top. Austin Theory didn’t know it was coming so Austin Theory just looks up and here comes this guy and Montez crashes and nearly kills himself and Theory…I don’t know know if maybe…I don’t know what was in anybody’s mind but maybe Theory thought, ‘oh dude, maybe I was supposed to catch him and I forgot.’”

For whatever reason, WWE decided to leave the bump on the show despite the it being pre-taped.